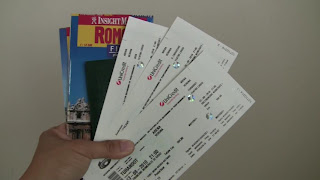 Going Italy,
in a hot August summer.
Drink from the fountains.
From Rome to Florence,
Florence to Milan with train.
Melt in Verona.
13th, 14th,15th,
Opera di Verona.
Nobody shall sleep. 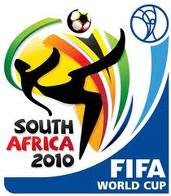 Spain deserved to win. Had it been a penalty shoot-outs it could be disappointing. That is because most of them watching wished that Spain win the game. Spain is much better team and played beautifully, the spectators did not want them to lose due to a lucky goal by Holland.

Both Teams were desperate, Spain first time in the World Cup final, and Holland third time but never win. The supporters at home were holding their breath and were ready for party all night long in case they win. The difference is Spain played total football while Holland played anti-football to win.

Holland adapted tackling tactics to stop Spain’s aggression rhythm, it worked and finished 0-0 after regular time play, with so many yellow cards. Holland probably had hoped for a lucky goal or penalty shoot-outs at the end. They wouldn’t deserve that.

But it is not luck that brought the goal in the 116th minute, off the right foot of barely on-side Andrés Iniesta, a shot that Dutch goalkeeper Maarten Stekelenburg got his left hand on but not with enough power to keep it out of the net. It was the fruit of a few nice-tries, and so many passes that Holland tried to stop by playing rough. The goal came while the Dutch had only 10 men, after defender John Heitinga was sent off in the 109th minute with his second yellow – one of nine Dutch yellows in the match.

When Andres Iniesta, a FC Barcelona player, scored the goal in extra time to guide Spain to a 1-0 victory over Holland on Sunday and their first World Cup title, the city burst with such a force of life that those who were fast asleep were definitely awoken in a few seconds. For once politics was forgotten as everybody waved the country's flag and for a change, not the flag of their own province, and chanted Viva Espana.
Posted by stenote at 5:44 PM No comments: